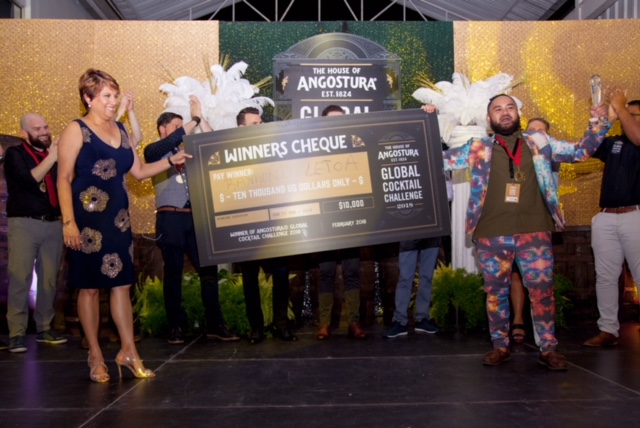 According to Head Judge Mike Ryan, the top three were separated by the smallest of margins. Mr. Letoa won because his cocktails best “captured the vibrancy and exuberance of the islands of Trinidad and Tobago and of the House of Angostura®” he says.

Mr. Letoa was up against 10 other top bartenders from around the world in a fierce competition which saw the contenders create spectacular cocktails using world-famous ANGOSTURA® aromatic bitters, ANGOSTURA® orange bitters, Angostura® Rums and Amaro di ANGOSTURA®.

“Now I’m looking forward to meeting people and telling them about the ethos and the passion of the people that make Angostura’s® rums and bitters,” says Mr. Letoa, adding that of all the cocktail competitions he has entered the Angostura® Global Cocktail Challenge was “the toughest.”